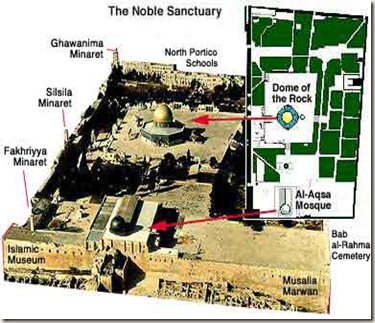 The Real Al-Aqsa is shown in pictures. 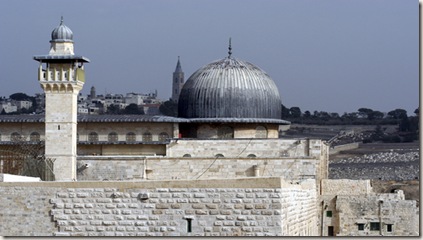 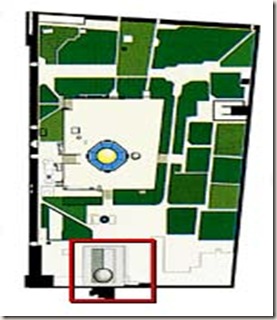 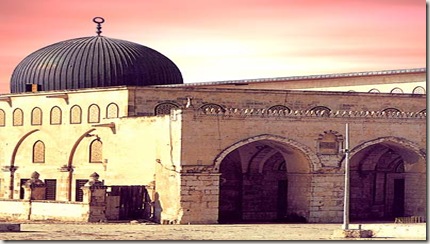 Down here is not Masjid Al-Aqsa

Its is Dome of Rock. 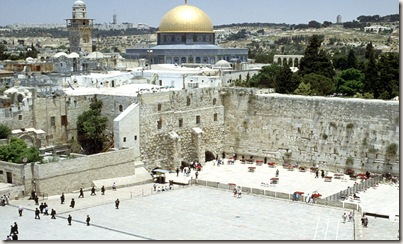 Jerusalem became known as Al-Quds, The Holy. Many of the Prophet's Companions travelled to worship at the blessed spot to which Muhammad, peace and blessings be upon him, was brought by night and from which he ascended through the heavens to his Lord. According to the authenticated tradition of the Prophet, travel for the sake of worship is undertaken to only three mosques; the Sacred Mosque in Makkah, the Prophet's Mosque in Madinah, and the Furthest Mosque in Jerusalem.
In 685AD the Umayyad Khalif, 'Abdul Malik ibn Marwan, commenced work on the Dome of the Rock. Essentially unchanged for more than thirteen centuries, the Dome of the Rock remains one of the world's most beautiful and enduring architectural treasures.

Media is always projecting the Dome of rock as Masjid Al-Aqsa which is not true.

So dont believe to things that are shown to you on main stream media with out confirming it from some other source.
Posted by Unknown at 22:22

Email ThisBlogThis!Share to TwitterShare to FacebookShare to Pinterest
Labels: Think About It..........., Travel