Sure, things looked pretty legit yesterday, but we were awaiting official confirmation from Nokia. That's here, and now we can take a gander at the N86 purely on the up-and-up. The dual-slider (keypad on one end, camera and playback controls on the other) naturally centers on its 8 megapixel camera, which includes a Carl Zeiss Tessar lens, AutoFocus, a mechanical shutter and a dual-LED flash, but there's plenty of other N-series goodies like 8GB of storage, a 2.6-inch OLED screen, TV-out and a microSD slot. Nokia Maps, Ovi integration and all those other goodies are onboard -- though the new email capabilities of its E-series brethren seem absent. The phone is due in Europe in Q2 2009 for around 375 Euro before taxes and subsidies. 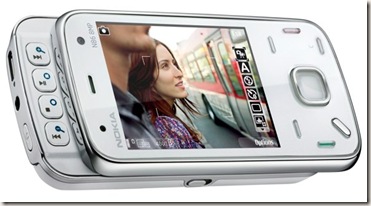 Whoa, Nelly! While Samsung is strutting its 8 megapixel Memoir and Sony Ericsson is letting us all in on the forthcoming 12 megapixel, Nokia is getting even with its 8 megapixel N86. Amazingly, we saw that the suits in Espoo had this thing on the brain way back in 2007, but not until today have we seen a real live product. The N-series slider boasts a Carl Zeiss lens, AutoFocus, dual-LED flash and Symbian S60, not to mention a 2.6-inch OLED display, 8GB of internal memory, a 3.5 millimeter headphone jack, microUSB connector and Share on Ovi integration. We're left in the dark when it comes to pricing and availability, but we're hoping to hear more really, really soon. More shots are waiting in the read link. 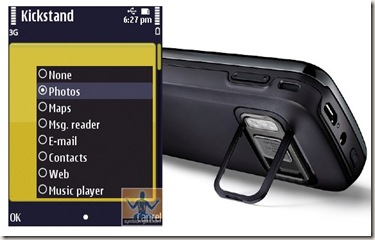 Email ThisBlogThis!Share to TwitterShare to FacebookShare to Pinterest
Labels: Gadgets, Multimedia, New Era in Technology, Think About It...........