Most people believe that the origin of HIV, the AIDS virus, derives from some natural evolutionary event. Key among these HIV origin theories is the so called "cut hunter theory" in which a human, allegedly African native, received a bloody wound or infected splash while preparing a chimpanzee carrying a similar virus (i.e., SIVcpz). Most recent research, along with the scientific consensus, holds that the origin of HIV and AIDS could never have happened this way. 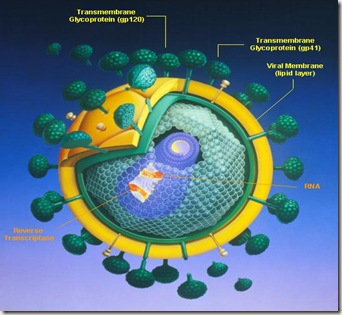 In 2001, The Royal Society of London's conference proceedings, which sought to determine the initial cause of AIDS and the origin of HIV, were published for the world to behold. The most highly respected scientists and academicians debated the possibility that HIV-1, the most widespread and deadly human AIDS virus, evolved from accidental vaccine contaminations and subsequent transmissions to mostly African villagers. The oral polio vaccine (OPV) received the focus of interest here since that vaccine was partially derived from growing live polio viruses in monkey kidney cells that have historically proven to be contaminated with cancer viruses such as SV40 -- the 40th monkey virus ever discovered. This virus, like HIV-1, is currently linked by medical scientists to widespread human cancers. By the end of the symposium, the esteemed delegates concluded HIV's origin, and AIDS, was not likely to have come from polio vaccine

Email ThisBlogThis!Share to TwitterShare to FacebookShare to Pinterest
Labels: Think About It..........., Word